Choose a different language to see content for your location:

STILL products: Intralogistics analysis, consultation and optimisation. Tugger Trains with a length of up to 11 metres consisting of an LTX 70 electric tractor and C-frame trailers.

The Swabia company Ziegler looks back on a long history of fitting small fire fighter vehicles as well as massive airport fire engines with fire fighting equipment. To make space available for a major order based series production, the production warehouse was outsourced. The contract logistics service provider Schwarz Logistik operates the logistics centre located nearby and supplies the clocked production with scheduled shuttles. STILL Tugger Trains provide all the materials needed at the production line to run the operation.

The success story started 125 years ago in Giengen at the banks of the river Brenz where the headquarters of Ziegler are located until today. Today Ziegler supplies every type of fire fighting equipment from protective clothing to highly specialised fire fighting systems, including any kind of fire truck to over 100 countries. Not only fire brigades, but also airports, industry and governments around the world are amongst Ziegler's customers.

For a series production order scoping 150 special vehicles, Ziegler developed a clocked production concept with controlled shuttled replenishment deliveries in cooperation with the contract logistics service provider Schwarz Logistik and the Tugger Train specialist STILL. The head of the complete supply chain, Thomas Ziegler: “Material flows for this kind of series production is not every-day business for our existing infrastructure. To allow us to fully concentrate on the production of the series of vehicles, our contract logistics service provider coordinates the complete flow of materials from reception from the suppliers to the producing plant here in Giengen.”

Once per day, a material shuttle from Schwarz Logistik travels from the close-by logistics centre to the production in the Ziegler plant. In the plant, two different tugger train systems from STILL move the load carriers to the buffer storages along the production line and remove the empties to deliver them at the outdoor handover station for the shuttle. Company representative of Schwarz Logistik, Dennis Weimert, adds: “After arrival of the shuttle at the logistics centre, the empties are registered in the ERP system of Ziegler and at the same time in our warehouse management system - by scanning the empties. Scanning the respective Kanban cards, the Ziegler ERP system generates component lists for order picking which are transmitted to our warehouse management system. After that, the filled load carriers are provided for dispatch.”

STILL Tugger Trains replenish the buffer storage areas along the assembly line. Project manager at Ziegler, Mirco Adam: “During planning, a Tugger Train system must be adaptable to allow the integration into the existing infrastructure of our operation. Our analyses limited the maximum length of the Tugger Train to 11 metres. Due to the labyrinth layout of the building, the Tugger Train also has to be very agile. And all the routes are one-way, there are no means to turn the truck around. This is why the return route passes the outdoor area.” The STILL project manager of the Stuttgart STILL branch, Gerd Pausch, adds: “Our ergonomic LiftRunner Tugger Train systems are characterised by outstanding agility, process reliability and economic feasibility and could be perfectly adjusted to the operational requirements at the Ziegler plant. The analyses showed a combination of an agile LTX 70 tow tractor with two C-frame trailers which are just as agile to be the best solution.” Besides this, the trolleys can be easily pushed onto the forks of the C-frames, and they can be comfortably locked in position with the ergonomic foot-operated locking mechanism. As soon as the driver enters the cabin of the electric tow tractor, the C-frames are automatically lifted up - that is where the name LiftRunner originates from. This is not only good for the rollers of the trolleys, but it also reduces the drive noise. When the driver leaves the tow tractor, the C-frames automatically lower so that the trolleys can be released and easily removed from the LiftRunner trailers.

The trolleys carry standard load carriages such as pallets, plastic containers of different sizes or stackable wooden boxes. The forks of the C-frames are also flexible enough to pick up rolling frames and stillages on the forks. The trolley rollers are made of polyamide. This minimises rolling resistance. That way, heavier loads can be moved more easily. To provide weather protection for the driver when driving outdoors, the LTX 70 is fitted with a full cabin and the two trailers are each fitted with a canvas cover from STILL to protect the transported materials from impairment by weather conditions.

Boxes with cross beams and large-volume equipment are moved on assembly racks by the STILL KANVAN multi-tractor. These special two-axle load carriers have been developed, tested and built by Ziegler in cooperation with a specialist for transport and warehouse equipment. To operate in the outdoor area, the KANVAN Tugger Train was also fitted with weather protection equipment. Mirco Adam: “To supply these special components we make use of a type of replenishment control derived from the Kanban approach. As soon as one of the large assembly frames is empty, the Kanban card immediately triggers the replenishment process.” To move these special load carriers, the original STILL KANVAN electric tow truck was adapted and fitted with a hydraulic lift unit. “This allows to hydraulically lift the first axle of the two-axle assembly frame. That makes the two-axle trailer a single-axle trailer with a smaller turning radius”, explains regional sales manager of the STILL branch in Stuttgart, Martin Gutbrod.

The STILL FleetManager allowed to create an individual application profile for the KANVAN as well as for the LTX tow tractor. A data card restricts access to trained and authorised drivers employed by the contract logistics service provider only to operate the electric tow trucks.

STILL Tugger Trains move fixed lot sizes along defined routes according to planned schedule. This allows every step in the production to install up to 1 600 different parts and components. Mirco Adam underpins: “The scalability of the system allows replenishment to breathe and adjust to fluctuating demands from production at any time.”

The economically feasible and ergonomic STILL Tugger Trains guarantee the processes and optimally fit into the operational situation. This considerably simplifies the complex replenishment process and substantially reduces the number of needed transport movements at increased utilisation. Together with contract logistics, the flow of materials is made more reliable, costs become plannable and time is saved. The supply chain manager at Ziegler draws a satisfied summary: “We were able to reduce logistics transports by 40 per cent. This frees resources. And due to the lower traffic volume, the risk of accidents also drops. And on top of all of that, we were able to show that we can build identical vehicles in series.” 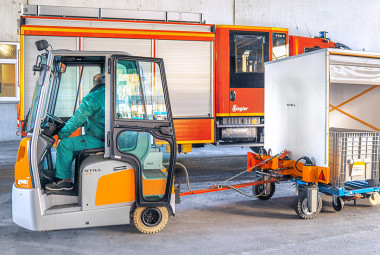 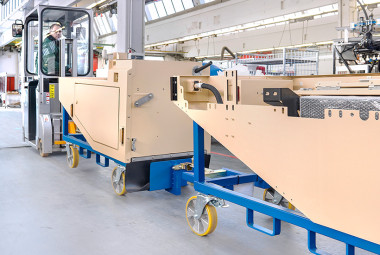 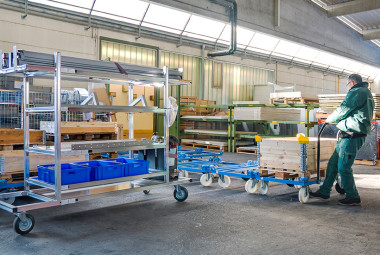 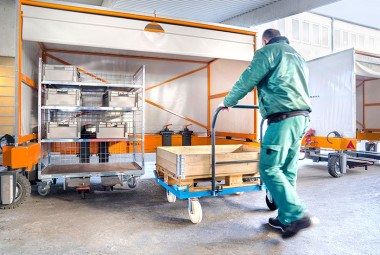 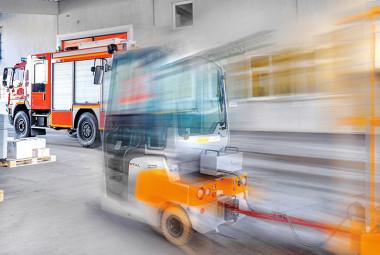 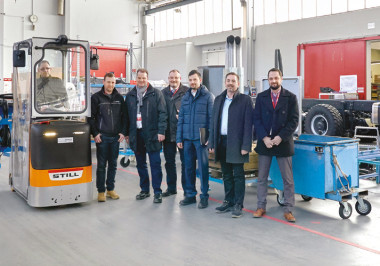 040 7339 1111 jacqueline.poppe@still.de
Back to overview
Language: English
Cookie Tracking for the best STILL experience